When Shell launched their lubricants app Shell miGarage to allow car owners to store dates for services and check ups, we were asked to help create a global banner campaign to run alongside their launch.

The idea of the app revolved around taking the challenge out of juggling maintenance dates across multiple vehicles for many of Shell’s customers. As part of Shell’s ongoing commitment within the mobile space, it aims to remove a level of complexity from the end users’ daily lives allowing them to focus on other tasks.

Our banner concept pitched traditional reminder tools like post-it notes to re-inforce the idea that a single app can serve all of Shell’s customers’ needs: whatever and however many vehicles they own and drive.

Our banner campaign was lauched and localised to the UK, Russian, Brazilian and Indian markets on iOS and Android formats. 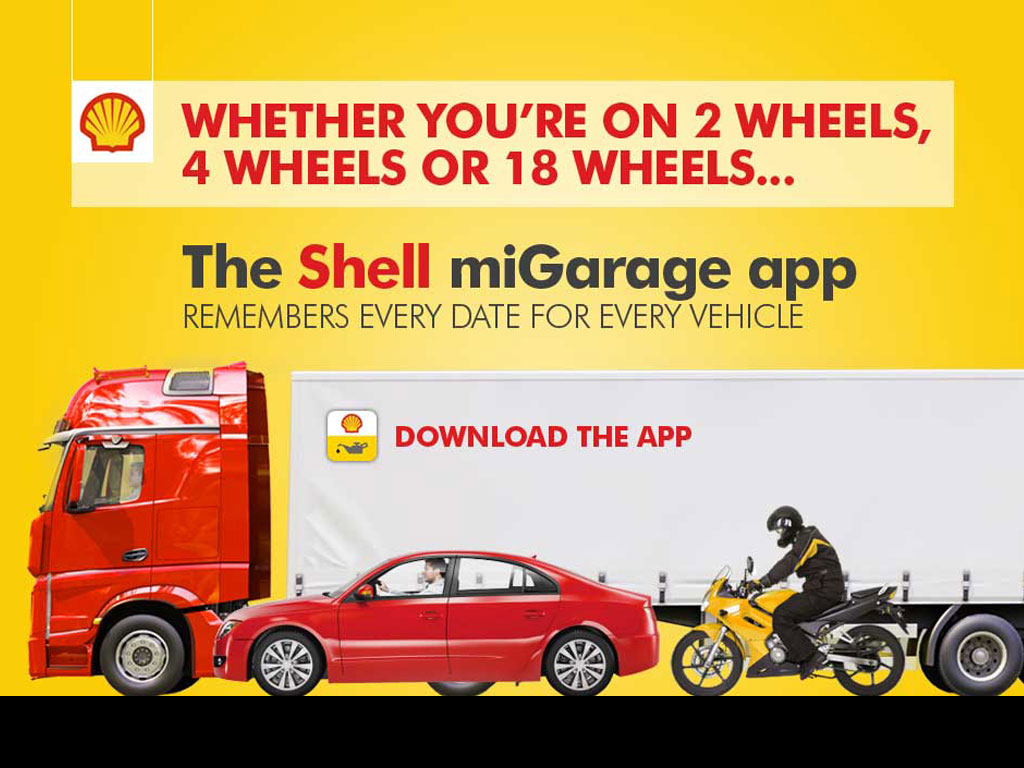 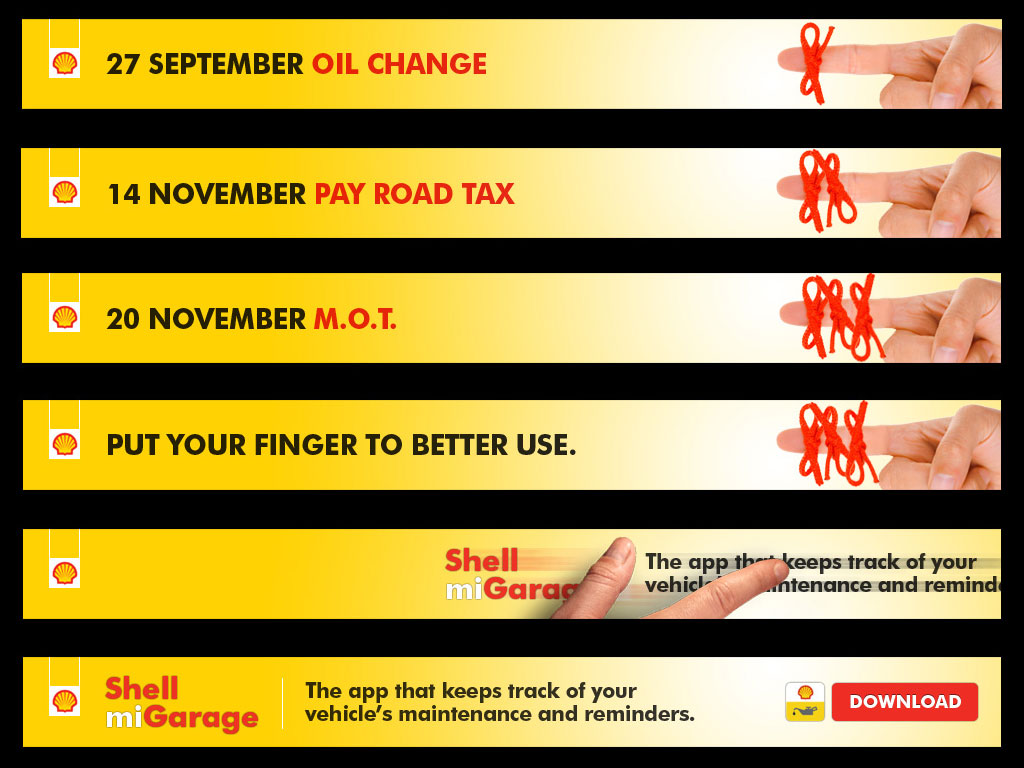 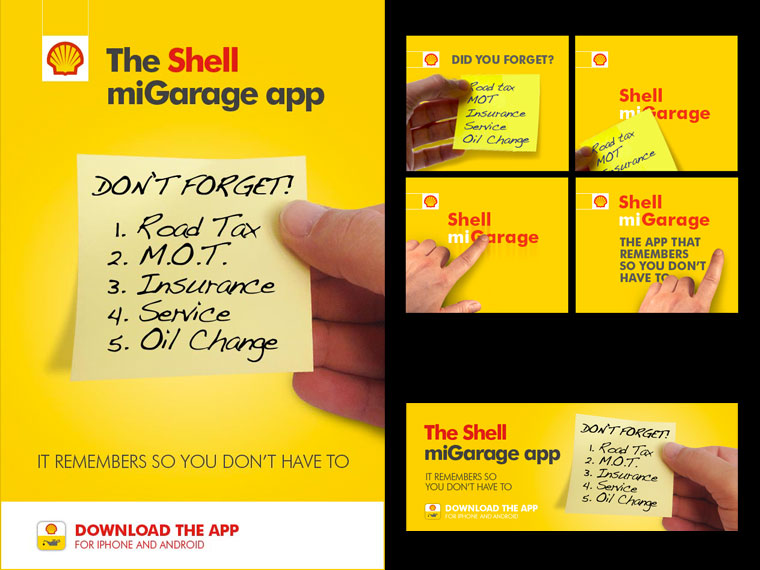 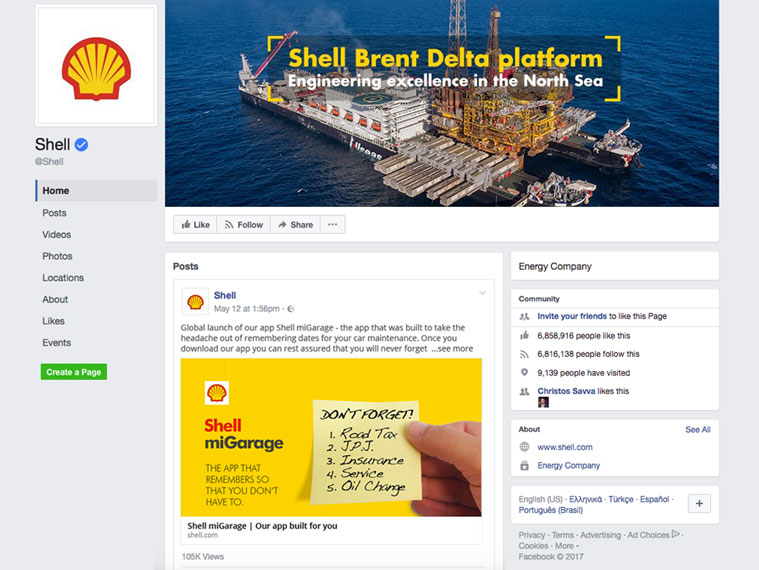 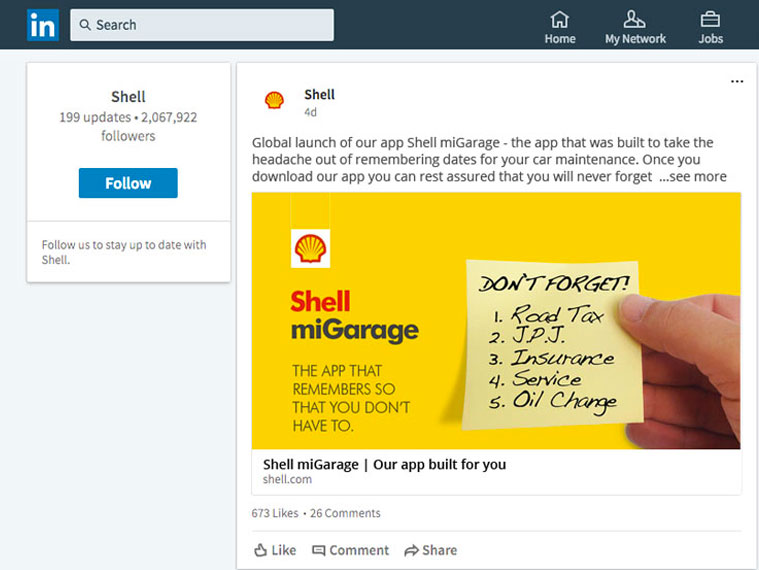